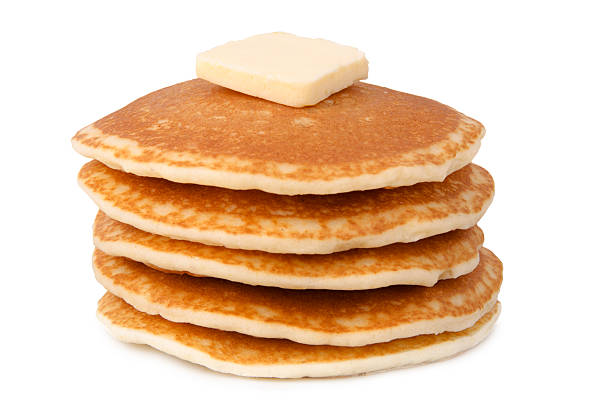 Since today is Shrove Tuesday and the traditional food of the day is pancakes, it seems appropriate to talk about their history.

A pancake, in some form, has probably been around for 30,000 years, making it quite a connection to our ancestry and something to think about the next time you have them for breakfast.

And it is possible that Otzi the Iceman, found in the Italian Alps, probably had pancakes as his last meal 5,300 years ago.

Fast forward a few thousand years and the ancient Greeks and Romans ate them sweetened with honey.

Around 600 AD, Pope Gregory prohibited Christians from eating all forms of meat and animals during Lent. People used up their milk, butter and eggs by making pancakes and consumed them on what is known as Shrove Tuesday, the day before Lent begins.

Later, during Queen Elizabeth’s I time, pancakes were flavoured with spices, rosewater, sherry, and apples. Maybe that’s why some people like their pancakes with lemon squeezed on them? And when fruit became popular as an ingredient?

Pancakes have assumed a few different forms, such as crepes in France and waffles in Belgium, both of which are traditionally served with sweet toppings. Think Nutella.

In North America, the traditional topping is maple syrup and butter. But here, too, there are variations, with fruit and nuts being added either to the batter or as a topping.

Personally, I look at pancakes as a means to eat pure maple syrup and butter. Nothing else will do for me.

And as for the origin of the term, “flat as a pancake”, read this article by National Geographic: https://www.nationalgeographic.com/culture/food/the-plate/2014/05/21/hot-off-the-griddle-heres-the-history-of-pancakes/

The recipe below is the one that my Mom used and that continues to be my favourite, from the Betty Crocker cookbook:

1 egg
1  cup Gold Medal™ all-purpose flour or whole wheat flour
1  tablespoon sugar
3  teaspoons baking powder
1/4  teaspoon salt
3/4  cup milk
2  tablespoons vegetable oil or melted butter
Steps:
In medium bowl, beat egg with wire whisk until fluffy. Stir in remaining ingredients just until flour is moistened (batter will be slightly lumpy); do not overmix or pancakes will be tough. For thinner pancakes, stir in additional 1 to 2 tablespoons milk.
2. Heat griddle or skillet over medium-high heat (375°F). (To test griddle, sprinkle with a few drops of water. If bubbles jump around, heat is just right.) Brush with vegetable oil if necessary (or spray with cooking spray before heating).
3.  For each pancake, pour slightly less than 1/4 cup batter onto the griddle. Cook 2 to 3 minutes or until bubbly on top and dry around edges. Turn; cook other side until golden brown.
Jump to Video

A Perfect Day for Fondue